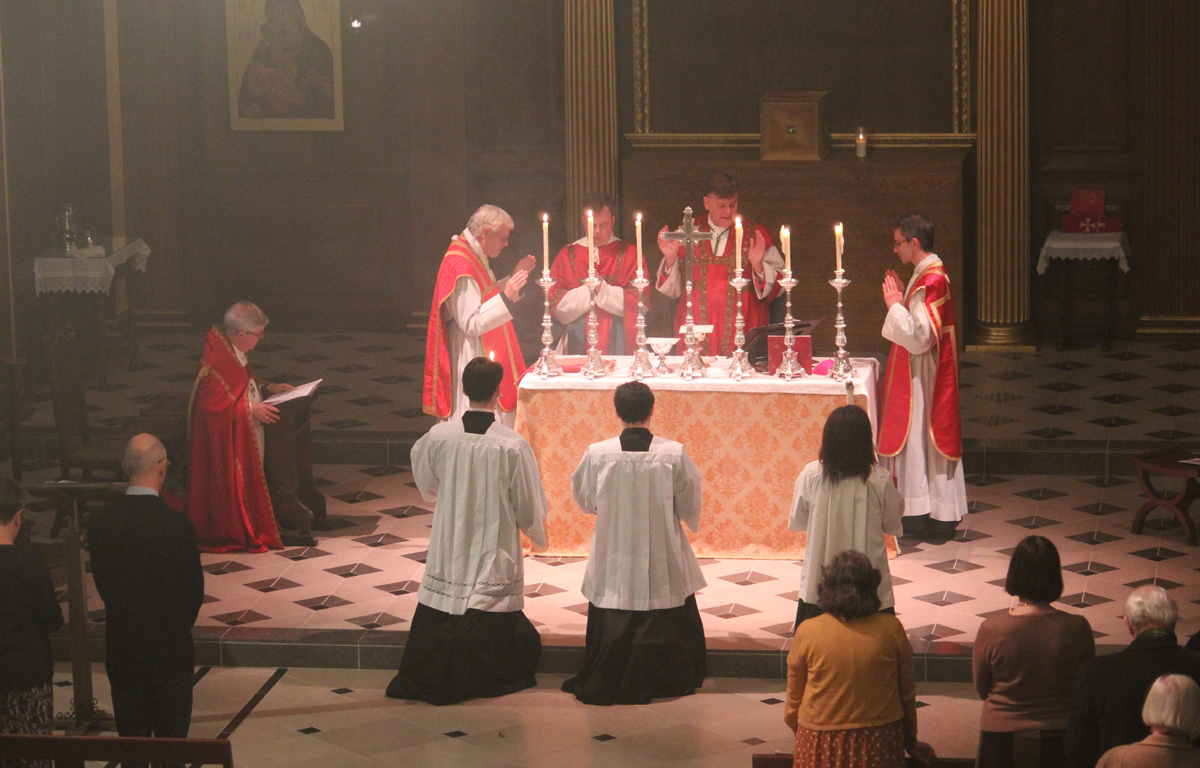 St Andrew Holborn is situated in the City Deanery of the Diocese of London in the Church of England and under the episcopal care of Jonathan, Bishop of Fulham who is a Bishop of the Society of St Wilfrid and St Hilda and also the Guild Vicar.

In response to the population shifts out of the City of London in the twentieth century, this and many other ancient churches were designated as Guild Churches. That means we hold no Anglican services on a Sunday and minister instead to the working population during the week. This has proved to be an ecumenical opportunity, and we are delighted to be able to host our brothers and sisters in Christ of The Parish of the Dormition of the Mother of God (Ecumenical Patriarchate) to celebrate the Divine Liturgy several times each month.